Great news to risk game players! You can now play Risk free at Major Command ‘s website. As of now, the training wheels have come off this ol’ vessel of ass-kicking Risk strategic gaming. Not quite out of beta yet.  We are RC1, which is the Release Candidate 1.  If all goes well, we will be 1.0 in two weeks and celebrate with a big party and some fresh new maps. 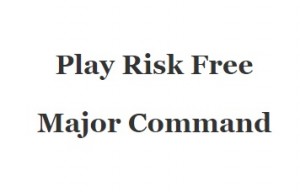 Regardless of RC1 or 1.0, the Major Command you are on now is for all intents and purposes, life and in the wild. The user caps are off, so we will no longer be limited to 1,000 active users.  Feel free to spread the good word or invite your friends.  Expect to see a lot of new faces around as well.  There will be more noobs than ever, so play Risk free, be nice, be friendly, and try not to crush their spirits until at least round 3.

With RC1 comes a bunch of new features as well as the payment system which will allow you to access many of those features.  We think it’s fair and one hell of a good value.  Given that many of you have been upgraded to a strategist for free during the beta, this is how it all shakes out.

So Just to refresh, this is how the user classes go.

You can now upgrade!

If you’re interested to upgrade your Risk game user status, you could do now. Also worth noting that the payment system is just part of this major release.  The list of everything in this release is long and you can find it here (shortly).

Oh and I have given a huge Major Command secret handshake of thanks to all the beta tester, bug reporters, map screeners, dev comers, and everyone else who helped out to make this beta a big success!

psst, we still need you guys.  So keep submitting bugs, offering suggestions, and doing the good work that you do.