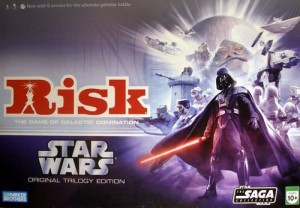 Risk: Star Wars – With renewed vigor, the Star Wars franchise has re-entered modern pop culture. Star Wars merchandise is now hotter than ever with greater mainstream appeal due to its legendary status in pop culture. Perhaps it’s because of that, it’s worth looking at Risk: Star Wars Edition, a variant of Risk that takes place in Star Wars: Return of the Jedi.

If you’re in the mood for some Star Wars action after re-watching Star Wars: The Force Awakens for yet another time on Blu-ray and perhaps played a Star Wars video game or two, as well as having done some sweet moves with your lightsaber replica, then perhaps you’d like to give this Risk game a try. It gives a different perspective of Star Wars through the lens of strategy. 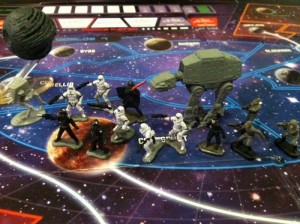 When Risk: Star Wars Edition came out in late 2006, the Star Wars franchise had gone through a shaky period courtesy of the prequel trilogy. However, it was still fresh enough in the minds of younger fans that a Star Wars board game wouldn’t really be amiss.

This is what happens when you combine two well-known names together, one being from science fiction and the other from strategy gaming. Both of them have since seen their own overhauls and introduced to a new generation of fans, so it seems that something with them together is a no-brainer.

Nine years later after this game came out, The Force Awakens premiered to an expectant public. That movie also rendered the extended universe no longer canon, so a good bit of the stuff you may see on this game may no longer be the “real thing.” But then again, if you’re a fan of what’s now known as the Star Wars Legends universe, then perhaps all is not lost with Risk: Star Wars Edition. 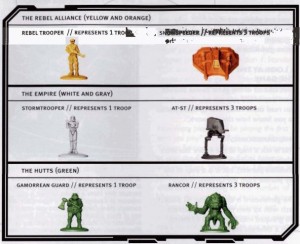 Players can choose to control the Empire, the Rebel Alliance, or the Hutts. The first two are the main factions of the Galactic Civil War, while the latter is more of a neutral faction. Think of the Hutts as more of what stirs the pot and takes the leftovers in the grand conflict.

Unlike in classic Risk, the units in each faction are unique, so you can differentiate between factions easily. The Rebel Alliance are in warm colors, the Empire is gray, and Hutts are green. There are also two Death Stars belonging to the Empire that protects planets controlled by that faction and can destroy other planets, which gives the Empire quite an advantage.

Cards also come into play. Faction-specific cards can make or break a game for players who are either trying to run with their advantage or hoping for a miracle. For instance, there are “Fire the Death Star” cards that Empire players would definitely want to draw and use, posing the greatest threat to the Rebel Alliance. 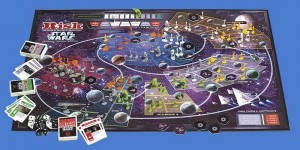 You can most likely figure out at this point that it’s not an even playing field. However, the objectives do serve to even things out–it does look harder to take out an entire faction than just a special target, and even easier to just take resources. This war is fought across planets, most of which should be familiar to Star Wars fans.

So the gist of it is the Empire is trying to destroy the whole Rebel Alliance, who are trying to survive while hoping against hope to kill the Emperor, all while the Hutts are just trying to get rich and be nuisances in the middle of the war. That does seem like a recipe for some good galactic fun.

Aside from having Death Stars and planets, Risk: Star Wars Edition is pretty much cast from the mold of classic Risk. For best results, make sure that you have five players to really get a galactic war going in all its strategic intricacy and diplomatic intrigue. 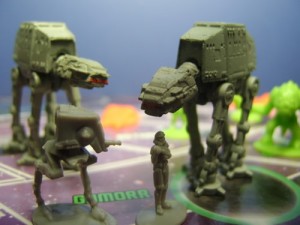 Risk: Star Wars is not a game you can play online. None of the online Risk game website will ever get the licence to carry the Star Wars name, which may be fine since the variants of playing Risk online can certainly compete the standard board game model. Maybe you’d even think that a Star Wars board game may be more of a novelty than anything else, but Risk: Star Wars Edition does indeed play well enough. If you’re into the more strategic aspects of the war between the Empire and the Rebel Alliance, then this game is a perfect fit for that fascination. Whether you’re a hardcore Star Wars fan or a Risk fan, you may find this game to be an interesting experience indeed.

Some people ask about price, so I’ve added an Amazon link.
I’ve seen some used ones as low as $80 on Amazon if you click on the link.
Though $80 seems like a lot, even for a used game!