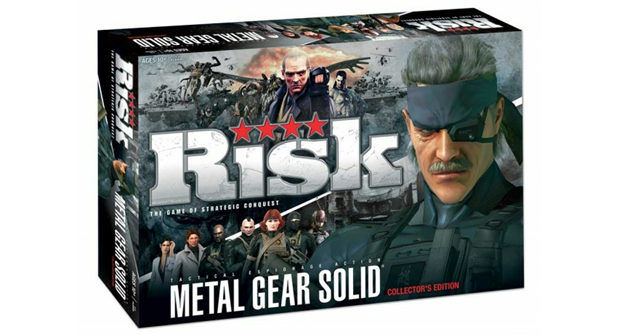 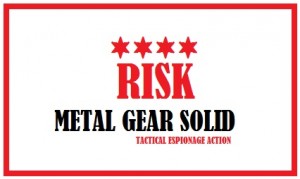 Through everything that the Metal Gear Solid series went through, from its pre-Solid days, its breakout in the PlayStation, all the sequels, and finally its drama-filled conclusion due to Konami’s schizophrenia. But before things did go completely south, something other than the last two Metal Gear Solid did come out of it. This is Risk: Metal Gear Solid, a crossover between the world-famous video game and the strategy board game. 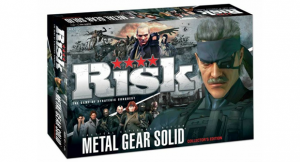 This mashup is based on Metal Gear Solid IV, although you don’t get to play as Solid Snake. This game is more about the lore behind the video game, including all the international mudslinging that goes about. If you’re a Metal Gear Solid fan and want to dive deeper into that in-game world, this game can be a surprisingly good way to do just that.

The contents of the game itself are fairly numerous. The board itself is split into six zones with 42 territories between them which are to be occupied by 275 custom pieces split between five PMC armies, as well as neutral armies and cities. Along with them are 8 Boss cards, 40 Drebin’s Shop cards, 42 Territory cards, and 8 Rewards—all of which give more ways for players to gain an advantage in the game, which adds to the strategic gameplay.

The most prominent of the game pieces has got to be the Outer Haven battleship. Seven dice are used to determine combat actions. The whole game comes at a total of 3.4 pounds, all contained in a well-designed box that features Yoji Shinkawa’s signature brush artwork that should look good in any game shelf.

This Risk game makes use of the revamped ruleset that was first introduced in Risk: Black Ops. It seems that it’s just what fits the Metal Gear Solid look and feel needed for this game, although it did need some tweaking in order to really work for this crossover. But once they did get it just right, it worked quite well.

Each game can last up to two hours when played with objectives and four to five hours when played like classic Risk, similar to the intended design for Risk: Black Ops. It plays closely enough to most other Risk games while having enough of its own flavor for it to be unique. 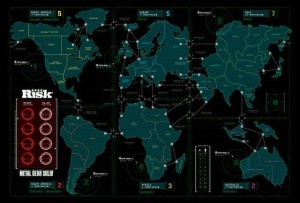 The main objective is to gain control of every territory on the world map by commanding your chosen Outer Haven private military company. Each color represents a different Outer Haven PMC from a certain part of this world, although that’s their only real difference.

Aside from soldiers, there’s the Outer Haven battleship that can give anyone who musters it a massive advantage. It used to be Liquid Ocelot’s battleship, and it’s like its own continent in a way. You can risk it all to get the ship, but it’s not certain that you’ll be able to conquer everything else with it as well.

The ship’s movement is made random via dice roll, moving between six waypoints on the map. When a player takes over the ship, he/she can move it to whatever docking station of choice, thus letting that player unload reinforcements onto wherever he/she wants. This makes the Outer Haven battleship a great boon for anyone who controls it. 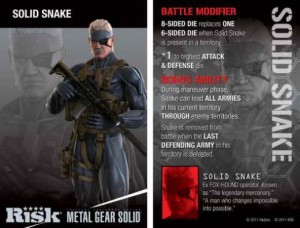 The Drebin’s Shop cards give players more offensive and defensive options to get them out of adverse situations. There are also the boss cards that give players boost in attack power and a unique ability. A boss costs 3,000 points to acquire and 1,000 points for upkeep per turn. Suffice to say, these are mercenary bosses who need to keep getting paid, thus adding another element of resource management to the game.

Reinforcements are gained by taking over enemy territory to obtain territory cards, which have either one or two stars. Stars can then be traded in for more reinforcements, which then lets you run wild as you gain more territory and put pressure on the enemy forces. 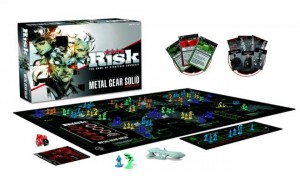 This is a crossover that does what it can to make both franchises look good in their own way. In the case of Metal Gear Solid, the world being the focus makes for a rather different feel even for MGS fans, but one that does the fandom well. Even though you won’t be able to play this version of Risk online, the board game itself, Risk: Metal Gear Solid has a fair bit of quality to it, as well as exciting gameplay, making it a good addition to most game shelves.

Some people asked about price, so I’ve added a link to Amazon…
There are a variety of choices, but always remember to check
for used one.