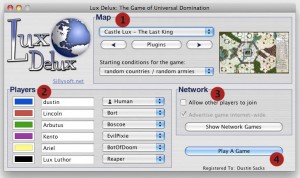 Risk: Lux Delux – While there are an almost endless amount of Risk variation board games out there, sometimes a Risk game player just wants more, and this is where Lux Delux comes in. Originally released in 2002 by developer SillySoft, this entry into Risk video game will surely quench some of your thirst when it comes to branching out from the traditional Risk maps and gameplay. Of course, it doesn’t compare to the variety of options that a game of RISK online at Major Command can offer! But let’s not promote ourselves too much. 🙂 (play risk online at major command game!)

Fortunately, this game has being updated, even over a decade after its release, and has even managed to come to Steam in 2015. 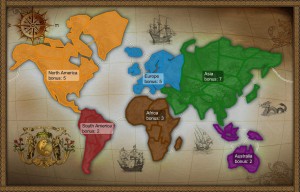 Now before we begin, there’s a little bit of a warning when to comes to Lux Delux, in that it’s a very minimalist straightforward Risk concept. If you really enjoy the animations of other Risk video games or watching the rolls whenever there are battles, then this game really isn’t for you. That being said, if it is an issue for you, and you can overcome it, you’re going to be rewarded with some really great variety.

So what is Risk: Lux Delux exactly? Well, it’s a Risk spin-off that focuses mostly on bringing you a ton of different maps to play on. Supporting over 800 maps from space maps with hexagonal tiles to different continents with square tiles, or even to fantasy maps with just simply weird tiles, there’s definitely something in there for everyone. Not only that but maps have their own individuality, with sprites representing the thematic concept of the map, like little WWI or even orcs and trolls.

The great part about all of this is that you can create your own maps for other people to play. Along with the creative freedom, you have with the graphics, Lux Delux’s development kit allows you to alter territories mechanically, such as having biohazard zones and what not. Once you’re done with the map, you just upload it, and you’re done! Map ready to be played by you, your friends, and the wide Lux Delux community. 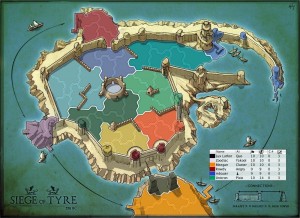 Being a game that has online access, you get to have both the option of single player mode and multiplayer mode.

Single player is almost exactly what you expect, placed on the map and paired up against a number of AI opponents. Unlike other Risk video games, the AI here are fantastically smart, and even have their own personalities, built around historical figures. You might have one AI that prefers an incredibly aggressive approach, another that prefers defense, and yet another that just like’s consolidating its gains whenever it has them.

Just as a quick aside, and to testify to Lux Delux’s community input, even AI can be designed and uploaded by players. In fact, in 2015 there was an AI added that uses Monte Carlo Tree Search algorithms, meaning it gets smarter the longer you play it. So really, there’s a lot to be had from just changing around and trying out AI, even on just one individual map.

Coming back to multiplayer, like any other game, you have the chance of being teamed up with up to six other players and AI of your liking. There’s not much to say other than it’s exactly like the single player except you can play against real people. Fortunately, with the recent addition to Steam, the Lux Delux community is doing well, and you aren’t likely to run into too many empty lobbies. 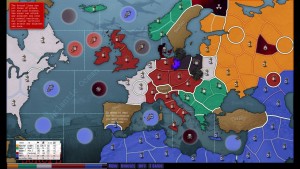 So now that you know what Lux Delux is at its core, let’s go into actually playing it.

The game itself is really well optimized, so it doesn’t take almost any resources to run. The gameplay itself is fast-paced and action packed, with the focus mostly being on the strategy rather than the hoopla. Moving troops is just two clicks away, and once that’s done, the game automatically carries out all the rolls for you.

Given the lack of having to move things around and watching animations, there’s not much downtime to Lux Delux, and so you’re going to have to be on your toes constantly. Thankfully, the pace of the game is easy to pick up after a few plays against the AI, and strategizing on a constant basis starts coming naturally. Since there’s such a huge pool of maps to pick from, you can no longer depend on specific strategy, but instead, work on an overall battle plan that will see you to victory. 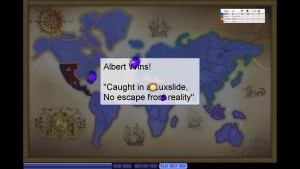 So what’s the final verdict?

Risk: Lux Delux is bare bones when it comes to flash and pizzazz but very heavy when it comes to variety. Even though there’re no animations in the game to speak of, it adds to the dynamic and quick pace that you would expect from a high-strategy game such as Risk. The map variety means that you always have something to come back to, and different things to try.

Not only that, but Lux Delux allows you to join in with developing new and interesting stuff to play. Whether you’re into graphics and want to make maps or a programmer who wants to make the AI, there’s something for everything. So really, it’s an inclusive game.

So if it sounds like something you might want to try, you can head over to SillySoft site and download a demo. Of course, don’t forget about playing Risk online with your friends here at Major Command! We’ll miss you!