Why am I still playing Risk on this site after 5 years?

Well it all began in 1996… just kidding, that’s how I started my first blog on Major Command. I just read that blog from 2017 back and it and had a little chuckle to myself. I thought it would be interesting for someone to read by first blog and then my views a few years later to see how my outlook has changed, if at all. Even I’m not 100% sure as I am penning this now.

My initial thoughts are that Major Command has changed a little, either that or I have, maybe a little of both. I have done some growing over the years. I suppose understanding who I am may help add some flavour to how you interpret my thoughts. I have a relatively late educational background having completed my first degree in my late 30s and then going on to complete two more degrees in the few years following. I am student of engineering, in the fact that I have been an IT Engineer for the last 25 or so years and love all things technical including engines et al. Although my main role is as a cyber security engineer, I completed an MSc in Leadership and Management with my dissertation based on Psychological Contracts in the workplace.

A very interesting and enlightening subject. I have found that my research has helped me understand how people think and in particular what motivates them from a psychological perspective. It’s interesting watching people using psychology in games and in the forums and it often makes me smile as I’m sure it does you. My negative aspects are that I get into battles that I should walk away from as I feel I don’t suffer fools too well. In reality I should ignore them and walk away… occasionally I don’t and I hate myself for it. On a positive, I am told I am calming influence in a crisis and lead well. I think that has come from 25 years in the military and learning not to worry about things you can’t control and focus on what you can in the appropriate manner. This meaning that getting excited and angry won’t change what has happened but working calmly and methodically through the situation to resolve it. Yes…this totally contradicts my negative point but I think that’s because I am very much aware it, have learned from it and try to compensate. Well that’s enough of an expose, hopefully you will be able to understand why I think the way I do a little.

Firstly, what attracts me to Major Command and what probably keeps me coming back are the people. This site is an honest site, run very professionally, or at least as professionally as it can be for what is essentially a community site and the community is what makes it work with the busy owner ‘Sheriff‘ and the long standing ‘take no crap’ but honest and approachable Cardinalsrule steering the ship. I love the way that everyone gets a chance to screw up, learn the error of their ways, nothing more is said about it (too my knowledge) and the ‘let’s get on and play’ attitude. 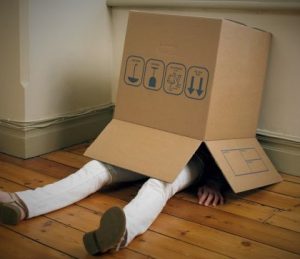 I say this from seeing a number of players blatantly cheating, the hammer coming down on them and then generally they play honestly there on in. Although I think we have all seen some of these players coming back under a different username to hide their shame, changing their persona to be avoid being discovered but really we know it’s them and ignore it as long as they play nice. I could honestly say there are a few players around here that are clearly older disgruntled players (of a different username) that have realised they just need to play nice but it’s interesting occasionally seeing some of their old unmistakable personality showing through. So why am I still here, well, all that said, this site still works as a community, people make mistakes and move on and we just keep playing.

So I left for around 12 months and had a break last year, why did I do that? I got to the point that I thought I was playing too much, it was a big part of my life as I know it is for many people here. Frustrations got to me and it was actually starting to affect me in the real world. I felt myself becoming argumentative in the forums and with people in general, this was not healthy. I reviewed why I play here and it was becoming more negative than positive so I made a decision to have a break, left the community, retired my account and got on with other things. I think being a tourney operator also has it’s stresses and I used to be very busy making lots of tournaments, responding to complaints which takes its toll on you. All I can say is that Sheriff and Cards have the patience of saints. As they will know, not all criticism is constructive and it does wear you down after a while. I have probably been one of those that has passed criticism over the years and hated myself for it after.

I think something I have learned is don’t be greedy, quality over quantity in the game sense. I used to have double the amount of games on the go and too many wears you down. My good friend F15 has suffered this and we have many chats about it, he reduced his game count and seems a lot more happy now, it’s great to be back playing with him again. I will also mention SamPaul who is another good friend I have on this site, we all met in a clan a few years ago and recently Sam came back from a break of a year and we have started playing triples again, good times. These guys are awesome and I love playing triples with them, win or lose, we have a laugh doing it… and that’s what it’s all about.

There are so many characters on Major Command, many come here for different reasons, escape the troubles of real life, to waste time, to meet new people and to challenge themselves. I can understand all those reasons as they are exactly why I am here. I will mention that many people I have played against over the years were just a name and it’s taken a long time to really get to know them and realise that they are genuine good guys. I now filter many of my games in the hope to be playing against these people and avoid many of the players that I don’t want to play against or with.

To answer the question I posed in the title: Why am I still playing risk on Major Command after 5 years? Hopefully some of this has come through in this blog but primarily it’s the challenge of the game and the good people that make up this community. I have learned a lot about the site and the way in which I play here, good and bad, and adapting my play and interaction on the site has made it somewhere I want to continue being a part of for the foreseeable future.

If you are having bad days, bad games, bad interactions… don’t let it consume you, take a break, change your games, people you play against and moderate your time on the site.

14 thoughts on “Playing Risk on Major Command after 5 years”