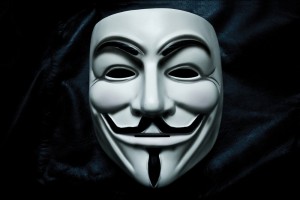 Being online allows for being anonymous which just begs for the imagination to soar.  You can portray yourself as anyone or anything you wish to be.  This phenomenon is especially useful when playing games online.  Something about competing without our normal societal standards at risk seems to bring out some real definable characters.  We all wear some or all of them, even when not online, as we aspire to impress or deceive or give false praise…. whatever it may be.  While playing Risk online these are just some of the masks I’ve either used or seen being used.

The Intimidator – known as an online tough guy or just plain jerk, this person makes everyone involved just a little bit mad somehow every time you play him.  The smallest perceived offense sets him off with a barrage of insults, foul language, even meaningless threats.   His behavior always ruins the game for everyone else even if not directly involved in his tirade.  Usually known for thinking himself the best player in the game, quite often he’s the only one that doesn’t know how untrue that is.  Watch out for this yahoo if you prefer the quieter games.  The good news is that within a community of players it doesn’t take too long to figure out who likes wearing this mask.

The Ghost – This character never chats during a game not even to say hello.  Not necessarily unfriendly but uses this as a tactic to keep his cards close to his vest so as not to give away anything.  He likes to build up large stacks in out of the way places while not being overly aggressive in hopes that everyone else will ignore or even better just forget he’s in the game.  While somewhat successful, he doesn’t add anything to the game for most players who after the game tend to forget that he was in it.

The Chatterbox – Never shuts up.  He keeps a running chat going for several reasons.  Perhaps to acquire insight into other players’ intentions or maybe to spread disinformation, the chats just pour out from him.   He’s just as likely to chat about anything other than the game as well since he just can’t shut up.  Sometimes annoying, he’s more likely enjoyable to play with.  This guy is usually well liked by most especially if he loses a lot.  All that chatting can distract him and frequently does.

The Cat Burglar – Sneaky and stealthy, this guy is the one that always comes up with a way to surprise you.  He thinks his moves out way past your own attention span and then executes his plan with deadly precision.  Adept at disinformation, distraction and persuasion (the tools of his trade) quite often this guy beats you before you even see it coming.   Usually friendly, even helpful, during a game, he often reminds you of the spider waiting on the other side of the web.