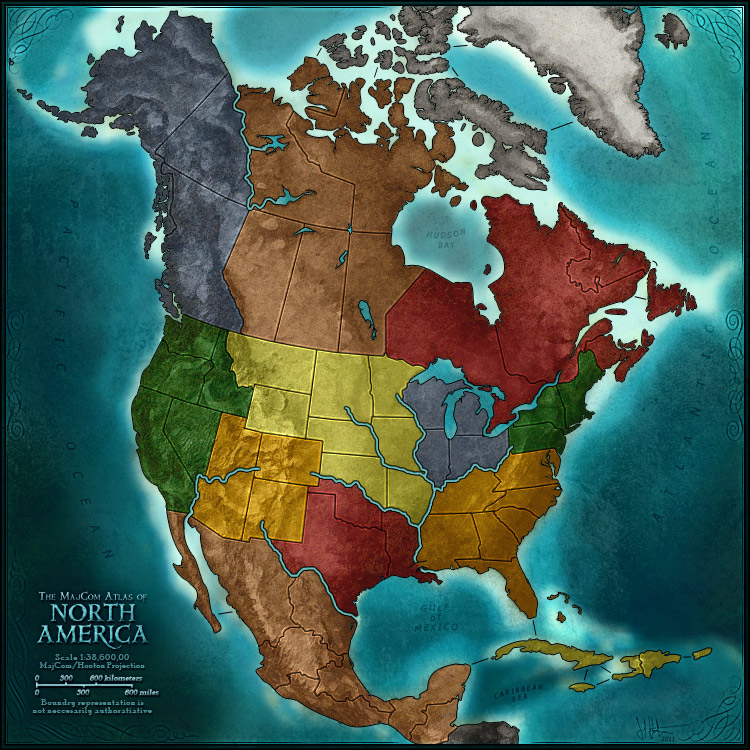 It’s a large map with 13 commands.  Plenty of opportunities to carve out a foot hold for yourself in a crowded game.  It’s got all the Canadian provinces and almost all of the US states (except some in New England) as well as Mexican regions.

WidowMakers is the main artist on this one and it is really just beautiful.  Just check out these gorgeous medals to be one. Looking for a game? clicker here to find open slots on this sweet map.

We are very pleased to announce a new Asia map available to play Risk online for all classes. With the Far East Asia map, we introduce a feature that may trip some players up: some of the bonus commands are nestled within larger commands. Visit the Major Command Risk Wiki page: www.majorcommand.com/wiki/Far_East_Asia

Asia map: The Far East map was conceived and developed by our own Cartography General, Shepherd.  With support from Major Command Studios and the Map-Screeners, it grew into one gorgeous map. And here is the brief image 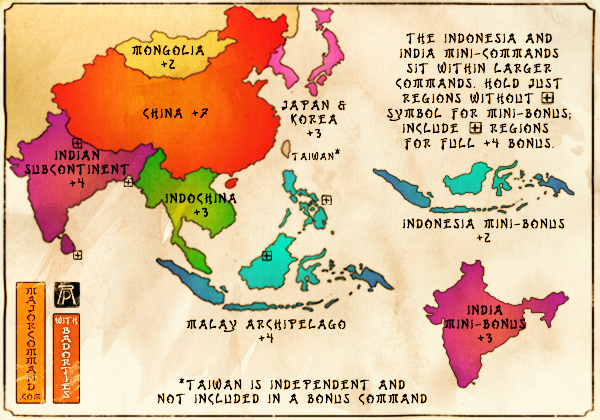 We didn’t want to go too long without somehow representing Asia in a MC map, but it’s such a vast continent with so much potential for a MajCom map it was difficult to narrow it down to a specific area. The primary mapmaker – Shepherd – wanted to split the continent into chunks that had some sort of shared historical or cultural identity. The “Far East” is certainly a western term, but it evokes a sense of foreign mystery that we hope we’ve captured in this map. The main gameplay feature is the inner commands.  Smaller bonus commands that sit within their larger parents, the Indian subcontinental and Malay Archipelago.

We encourage you all to give this one a shot.  Grab some tea, achieve a zen state of mind, then destroy your opponents on this beautiful Asia map.